This bad news came for Team India before the second T20, may break the dream of series win against Australia. Hindi News 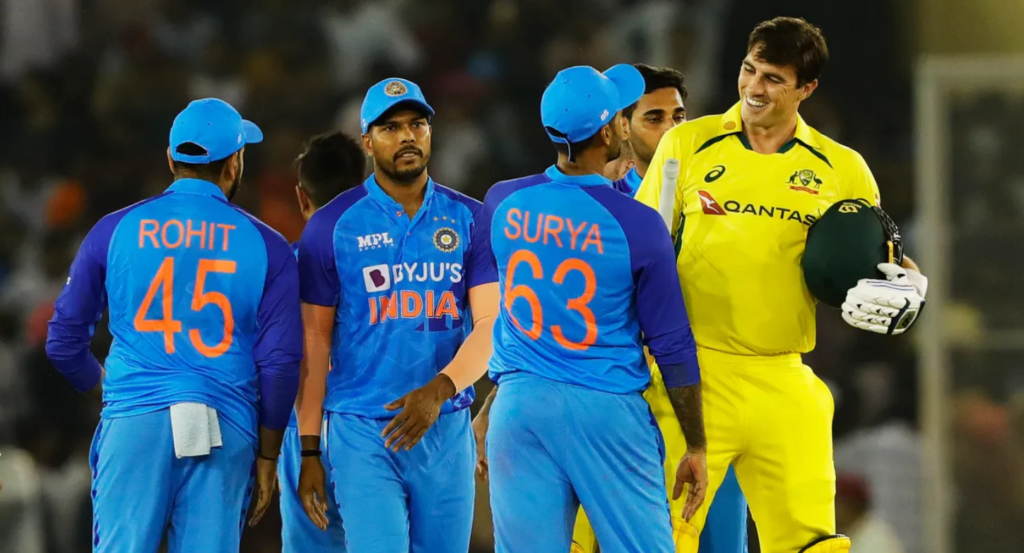 India vs Australia: The second match of the three-match T20 International series between India and Australia will be played on this Friday i.e. 23 September. Even before that, a bad news is coming out for Team India and Indian cricket fans. Team India’s dream of winning the T20 series against Australia can be shattered. Let us tell you that after winning the first T20 match, Australia has taken a 1-0 lead in the series. In such a situation, the second T20 match will be a ‘do or die’ match for India.

This bad news came for Team India before the second T20

The second T20 match is to be played on 23 September in Nagpur. Actually, it has been raining continuously in Nagpur for the last few days. The bosses of the Vidarbha Cricket Association are unhappy about the situation as rain has been predicted on the day of the match as well. If the second T20 match is washed out due to rain, then it will not be possible for India to win the T20 series against Australia. In such a situation, India will have only a chance to level the series 1-1 by winning the third T20 match to be held in Hyderabad.

The dream of a series win against Australia may be shattered

Tickets for the match at the 45,000-capacity Nagpur Stadium are already sold out and they will have to refund the money to the buyers in case the match does not go ahead. Both teams landed in Orange City on Wednesday afternoon, but it rained intermittently after the evening. It rained early on Thursday morning and although the rain has stopped around 10 a.m., a dense cloud cover over the city means there will always be a risk of rain.

Fans can be disappointed

Morning rains forced both Australia and India to cancel their scheduled practice sessions in the afternoon and evening. The players could not travel to the stadium after attending the gym session of the team hotel. The groundsmen removed the covers around noon to check but with the threat of drizzle, they soon had to put back the cover. According to officials, they are running Super Supper and ensuring that there is no water logging, in the hope that there will be no more rain on Thursday and Friday.

Nagpur is hosting its first international match in three years and fans bought tickets online within minutes. Yet the telephone rings at the city’s VCA’s OID Stadium and people are still asking if tickets are available offline. The stadium is more than 20 km away from the city and the VCA is facing a lot of issues with regard to providing parking space for the spectators who take their own vehicles.