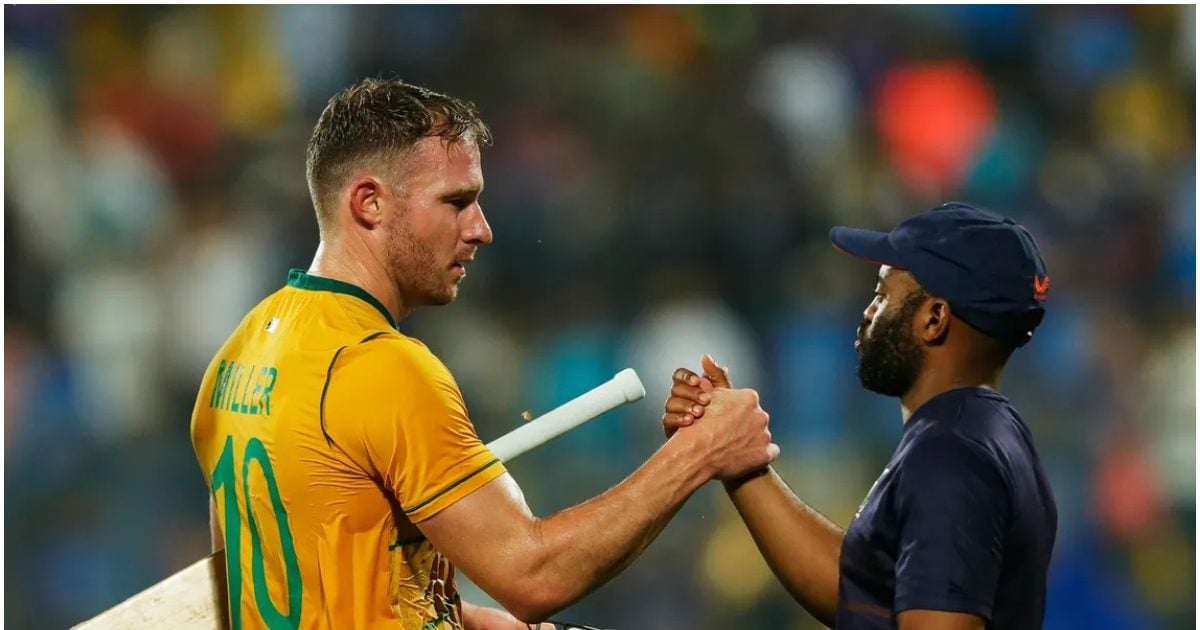 New Delhi. Star South African batsman David Miller is confident that the series loss against India will not make his team weak ahead of the upcoming T20 World Cup. He cited Australia’s title win last season, which was struggling to perform consistently ahead of the prestigious tournament. South Africa’s top-order batsmen are struggling badly while their bowlers also did not seem to be in rhythm in the second T20 on Sunday. With this, India took a 2-0 lead in the series with a 16-run victory.

Miller said that the defeat would not hurt him much as Australia had also struggled a lot in 2021 but eventually they became world champions. Australia’s team entered the World Cup after losing five consecutive series in the T20 format.

David Miller said in the post-match press conference, “There are many examples in the past, one of which is Australia that they were not doing very well before the World Cup and then they were able to become world champions. So I don’t think there is much need to worry about it.” He said, “We have built a very good team in the last one and a half years. Together we do very well. We have good partnerships, we won a lot of series last year.

IND vs SA: KL Rahul hit back at critics on slow strike rate, said – I am…

The attacking batsman said, “Losing the series was definitely disappointing but in the past we have competed really well but still losing the series is disappointing.” In the second match in a row, he failed to open the account while Riley Rosu was also dismissed for zero. However, Miller played an excellent innings of 106 not out in 47 balls and shared an unbroken 174 runs for the fourth wicket with Quinton de Kock (69 not out off 48 balls) to keep the match close.

1 over before the World Cup becomes difficult for Team India, the match can turn the dice

Miller said, “We didn’t bat well in the last match. We didn’t have a good start in this match as well but we were able to build a very good partnership and the match was very competitive in the end.” Miller, however, took a soft stance towards his bowlers. He said, “More than 400 runs in the match, I don’t want to be too harsh on the bowlers but I think at times we were not able to execute the plan properly.”

Prithvi Shaw sad about not being selected in IND vs SA ODI series? Express your feelings on Insta

Miller said, “He did really well in the last match. We can still improve in some departments before the World Cup, we still have time.” Referring to the packed Barsapara Stadium, Miller said, “India had the support of the audience and so in Indian conditions. It’s not easy to come here as an opponent to play. They make a lot of noise. You can also use it to your advantage. Just enjoy the atmosphere. You don’t get this kind of atmosphere anywhere in the world.

The match was interrupted twice – first when a snake entered the ground and then a floodlight went off during South Africa’s innings. But Miller said it gave him a good break. He said, “These things are out of our control and it gave us time to look into what really happened in the powerplay. This gave us some time to talk. And then there was the snake too. I mean there was a lot going on today.