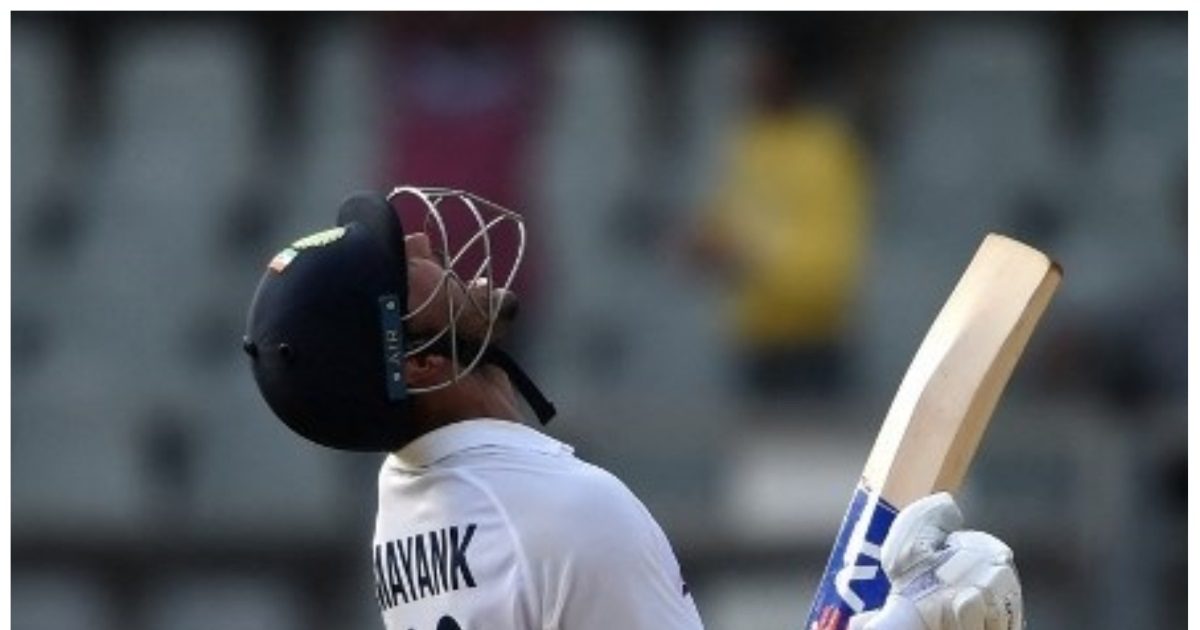 New Delhi. Indian batsman Mayank Agarwal was taken to the hospital on Sunday after he was hit on the head by a cricket ball. This incident happened on the second day of the ongoing Irani Trophy 200 match against Saurashtra in Rajkot. The Irani Cup is played between Ranji Trophy winners and Rest of India, a one-sided match between Rest of India and 2019–20 Ranji Trophy champions Saurashtra in Rajkot. Let us inform that the match between Saurashtra and Rest of India in 2020 was postponed due to Kovid-19, the Irani Cup.

According to a Sportstar report, Mayank was taken to the hospital for a precautionary scan after he was hit on the head just before the start of Saurashtra’s second innings. 31-year-old Mayank scored 11 runs in 14 balls on Saturday before Sarfaraz Khan displayed his batting.

Sports journalist Amol Karharkar told about Mayank’s injury on his Twitter account. He had tweeted, “Mayank Agarwal has left for the hospital for a precautionary scan after being hit on the head just before the start of Saurashtra’s second innings.”

Mayank Agarwal was taken to the hospital after being hit on the head by a ball.

However, later sports journalist Amol Karharkar also confirmed that Mayank Agarwal has not suffered any serious injuries and his scan report is normal.

In their first innings, Rest of India scored 374 runs in domestic cricket with the help of another century from in-form Sarfaraz Khan and 82 runs by captain Hanuma Vihari. At the end of the second day’s play, Saurashtra’s score was 49/2.

Sarfaraz played an innings of 178 runs in 178 balls at a strike rate of 77.52 with the help of 20 fours and 2 sixes. Rest of India took a lead of 276 runs in the first innings. At the same time, Saurashtra started poorly. Jaydev Unadkat’s team’s openers Harvik Desai scored 20 and Snell Patel returned to the pavilion within 15 overs after scoring 16 runs. By the end of the second day’s play, Saurashtra was trailing by 227 runs.