Harmanpreet Kaur made a big disclosure, said – ‘When I was batting against England…’ 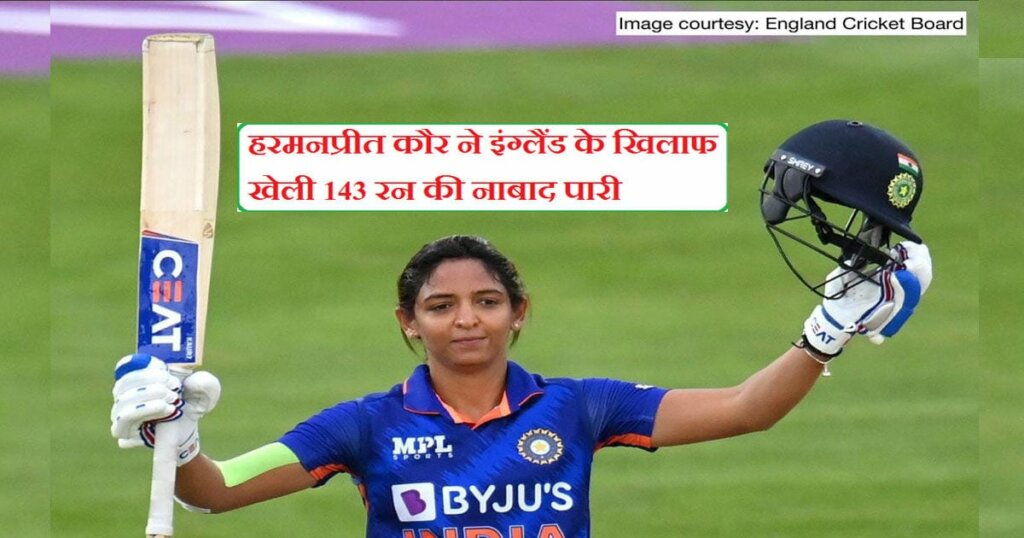 Canterbury. Indian women’s cricket team captain Harmanpreet Kaur played an impressive innings of 143 not out off 111 balls against England on Wednesday. Thanks to his brilliant innings, India defeated England by 88 runs in the second ODI to win the ODI series on their soil after 23 years. India last won an ODI series in 1999 in England. Then the series was 2-1 in its name. The third and last ODI of the series will be played on Saturday at Lord’s. The Indian team is ready to bid farewell to veteran fast bowler Jhulan Goswami in the third ODI. After the victory, Harmanpreet made a big disclosure.

Harmanpreet said after the match, ‘When we came to England, our target was to win the series. Today we got an important victory and everyone contributed to it. When I was batting, it was not easy to bat till the first 50 runs. I took my time and formed a valuable partnership with Harleen. After getting on the wicket, I batted freely.

3rd ODI will be played at Lord’s, Jhulan will retire
Harmanpreet said after the match, ‘The last match at Lord’s is very important for us because after that Jhulan will retire and we want to enjoy this match without any pressure. I am very happy that we were able to register a win today and now we can enjoy that match to the fullest.

Yuvraj Singh’s son Orion was seen sleeping on the lap of mom Hazel Keech at the airport, VIDEO Viral

Here, England captain Amy Jones said, ‘It is difficult to digest defeat. The Indian team took away the victory from us by performing well in batting. Harman batted well. It was very difficult for Harman to bowl and this defeat is a good lesson for our young bowlers. Whenever we tried to bowl well, Harman took the ball to the boundary and got runs. We need to improve. Not many of our senior players are not playing in this series.

After the current tour of England, 39-year-old Jhulan Goswami will say goodbye to her career spanning two decades. Harmanpreet said, “It is very important to win the next match as it will be his (Jhulan) last match. We would definitely like to win that match.

Will Jasprit Bumrah play in the second match or not? Suryakumar Yadav made a big disclosure

She said, ‘We have already won the series and in such a situation we can enjoy that match to the fullest because I know it is their last match.’